Here on their ancestral homelands, the Native Village of Eyak is an Alaska Native Village mostly comprised of four distinct Alaska Native peoples (Eyak, Chugach Region People, Tlingit, and Athabaskan) who are organized together as a federally recognized tribe. There are many historical village sites across their lands, with the last traditional village annexed into the City of Cordova in the early 1900’s.  Their traditional lands follow the boundaries set under ANCSA in 1971 and stretch across the Copper River Delta and Prince William Sound to encompass Middleton Island. The area has always been a place known for trading, and traditionally the Eyak people acted as middlemen for the traders.  These have always been abundant lands and waters both for personal and commercial use through trading. Today, the Ilanka Cultural Center honors the full heritage and culture of the Eyak, Alutiiq, Ahtna, and Tlingit peoples. They are dedicated to the revival and preservation of Native crafts and skills for future generations. 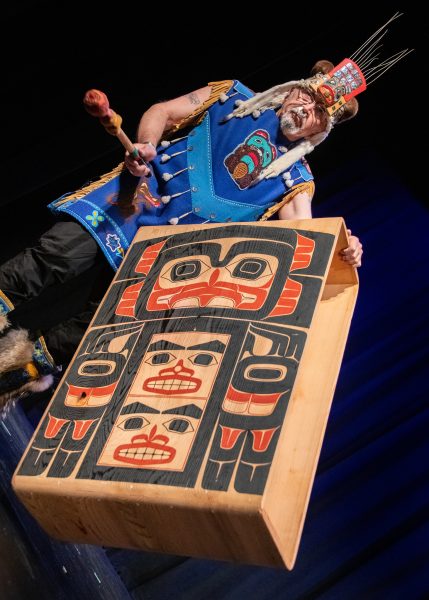 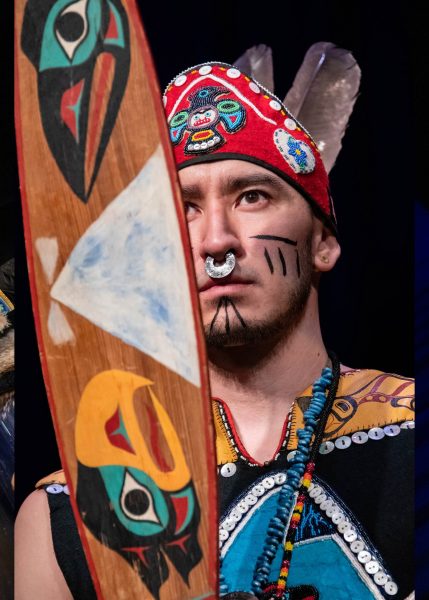 Around the turn of the 20th century, the need to move minerals from the interior to the coast where they could be loaded onto ships was the catalyst for a flurry of activity in the area.  Companies jockeyed to stake claims for railroad routes and deepwater ports in Valdez, Katalla, and Orca Inlet.  Michael J. Heney surveyed a route down the Copper River to Orca Inlet and filed his claim to it in hopes of starting a railroad and then selling it to the mining companies.  In Valdez, George Hazelet staked a claim to land in hopes of a railroad terminating on his property. To hedge his bet, Hazelet also looked across the Prince William Sound to see what Heney was doing.  Heney had set up his operations in the Native village of Eyak by purchasing a fish cannery on the Odiak Slough which connected Lake Eyak to Orca Inlet.  His employees needed housing and supplies so entrepreneurs quickly established businesses to cater to those needs.

In speculation that Orca Inlet could become a terminus for a railroad, George Hazelet and 5 businessmen from Valdez formed the Cordova Townsite Company and laid claim to 143.65 acres of land just north of Eyak village in 1905.  Those men were George Hazelet, AJ Adams, John Gooddell, Tom Donohoe, John Ostrander, and George Easterly.  This area became known as the “Donohoe Homestead”.  The Donohoe Homestead was surveyed and platted into a townsite by AJ Adams and recorded as the “Original Townsite”.  In 1906, Heney bought into the investment company.  The new townsite was named “Cordova” in reference to the name “Puerto Cordova” that Spanish explorer Salvador Fidalgo gave to Orca Inlet in 1790.

However, Katalla was chosen to be the terminus and it looked like the men’s dream of a town was just a pipe dream.  Nothing happened in Cordova for a couple of years but Heney continued building his railroad.  Then, in the fall of 1907, a storm hit Katalla that washed out the breakwater.  Guggenheim-Morgans bought Heney’s rights to the Copper River route and work to complete the building of the railroad to Cordova increased in 1908. 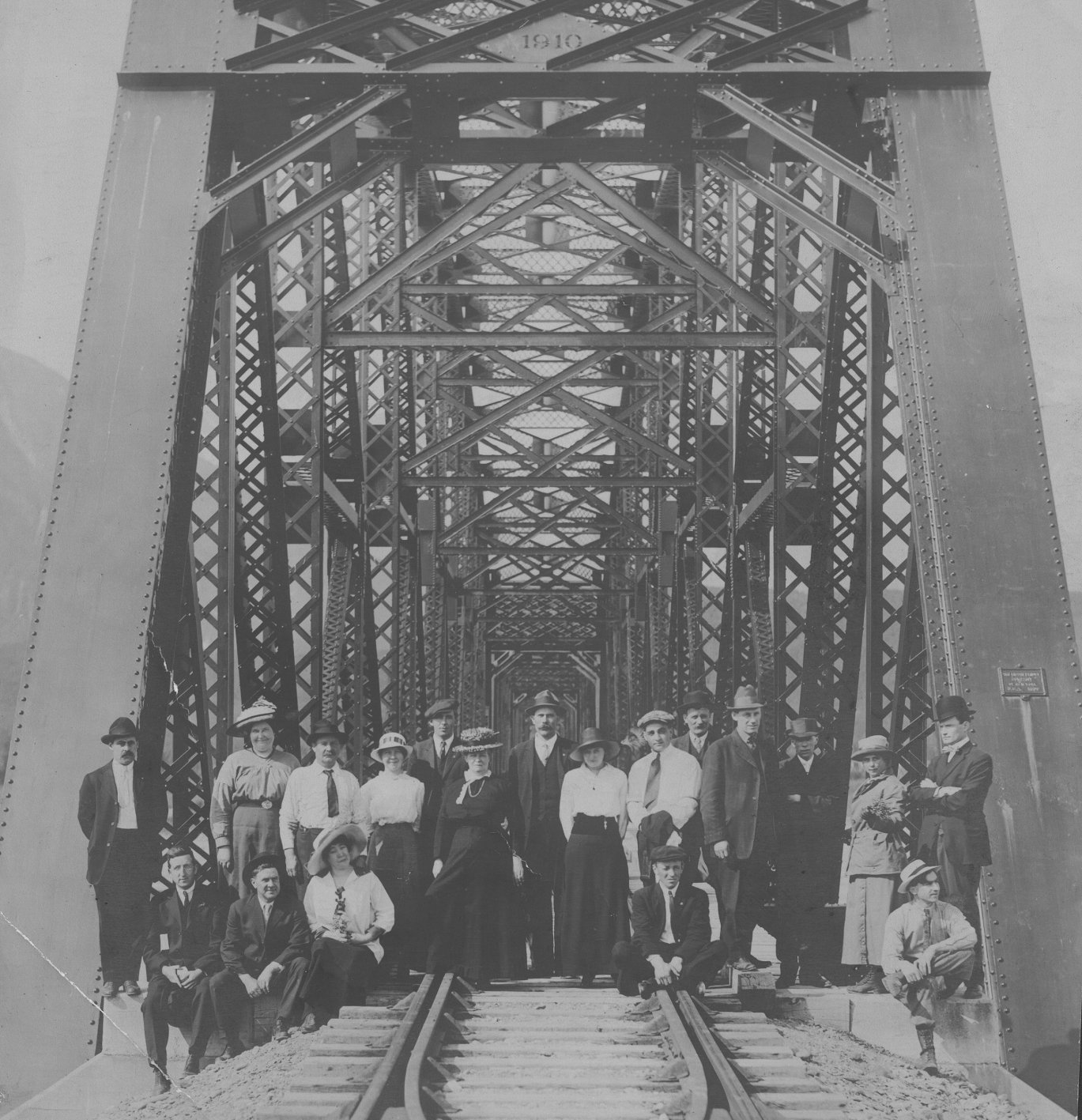 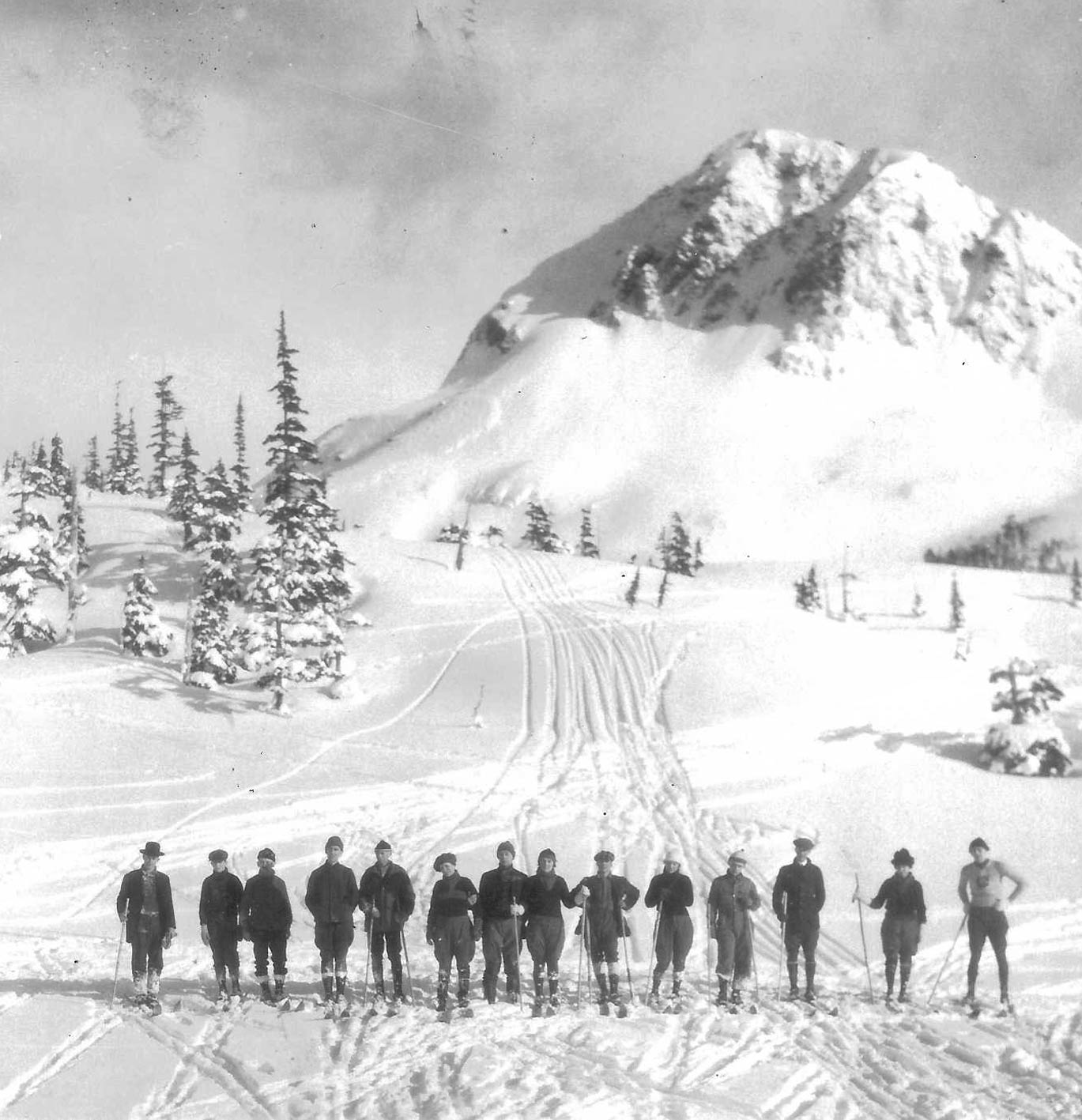 Seizing the opportunity, the Cordova Townsite Company put their lots up for sale.  The lots sold quickly and Cordova sprang up in no time as businesses in Eyak were dismantled and reassembled on First and Second Streets of the new town.  Buildings were constructed with the anticipation of having telephones, electricity an indoor plumbing, which, in fact, happened within the first 2 years.  Cordova became an incorporated city in 1909 and by 1910 the population was over 2400 people.

After the railroad was complete, most of the men employed by Copper River & Northwest Railroad Company for construction work moved away and the population dropped to 1555 people in 1920.  Between 1930 and 2013 the population has fluctuated between 1500 to 2500 people as year round residents and the summertime influx pushes the population up to about 5000.

The railroad was shut down in 1938 after a workers strike and more railroad people moved away looking for work elsewhere.  The Army came in World War II and started the railroad up again while an airfield was built at mile 13.  The railroad track past the airport was pulled up and the rails were shipped out to be used elsewhere as steel was at a premium during the war.  Later the remaining track between town and the airport was removed and the rail bed was converted to a road in the 1950’s.

Cordova’s fishermen developed a strong market for salmon, halibut and razor clams that grew a foot long.  Numerous canneries operated in Cordova and air transportation became the vital link between Cordova and the rest of the nation.  Fishing became the mainstay industry.

The incorporated city limits were expanded in 1972 when the City annexed the village of Eyak and again in 1993 with the annexation of 68.23 square miles around Cordova. As Cordova grew, her economy fluctuated as natural and manmade disasters struck throughout the century.  The earthquake in 1964 damaged roads and bridges and raised the ocean floor thereby destroying the razor clam industry.  Cannery fires destroyed valuable equipment, fishing boats and gear stored in warehouses.  Numerous fires in the downtown area destroyed buildings and merchandise as well as homes.  Severe storms and avalanches have left their impacts as well.  The oil spill in 1989 destroyed the herring fisheries and disrupted the salmon industry.  The effects of the oil spill continue to ripple through the community today.

Throughout the century, Cordovans have displayed their fortitude by picking up the pieces and continuing to make Cordova a great place to live.

You’ll notice something special about the people in Cordova. There’s a glow on their faces. It’s the light of an Alaska summer morning, where the sun is up before the earliest of birds. It’s a fishing line pulsing with activity. It’s curiosity and comradery. It’s not knowing when work ends and play begins. It’s all the best things in life nestled into a community that never takes it for granted. On the shores of the world’s richest waters lives the world’s richest life.

The Ilanka Cultural Center honors the full heritage and culture of the Eyak, Alutiiq, Ahtna, and Tlingit peoples. They are dedicated to the revival and preservation of Native crafts and skills for future generations. Inside you’ll find exhibits and artifacts from the ancient and modern traditions throughout Prince William Sound and the Copper River Delta along with a gift shop full of items by local Alaska Native artisans. 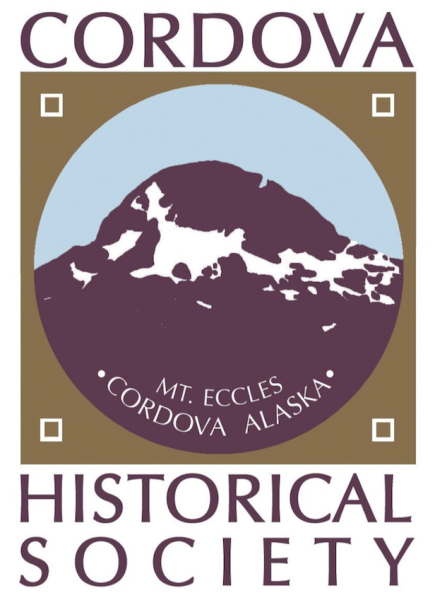 Cordova Historical Society is preserving Cordova’s past for it’s present. The museum collects, preserves, interprets, exhibits, and researches objects and works of art which represent the history and cultural background of our area. Their collection of artifacts and local artists make the museum a must-see during your visit. “Once you step foot in Cordova, run to the museum! It is a treasure to be experienced.” – Visitor, Anne Allen

Copper River Fleece is unique clothing for a unique life. They pay tribute to their origins by incorporating Alaska’s rich wealth of cultures, fascinating history and incredible array of flora and fauna into their signature trim designs. Commissioned by local artists, this artwork is featured in trims which are available exclusively on Copper River Fleece garments and accessories. Trims include designs featuring ancestral Tlingit totems, wild salmon (the essence of Cordova’s very spirit!) and bear tracks, as well as many of Alaska’s intriguing species of birds and mammals.  Several of their trademark trims feature Tlingit and Haida artwork, which were designed for Copper River Fleece by renowned Alaska Native artist Michael Webber.  Click here for a link to the trim and artist’s page describing this unique Copper River Fleece feature. 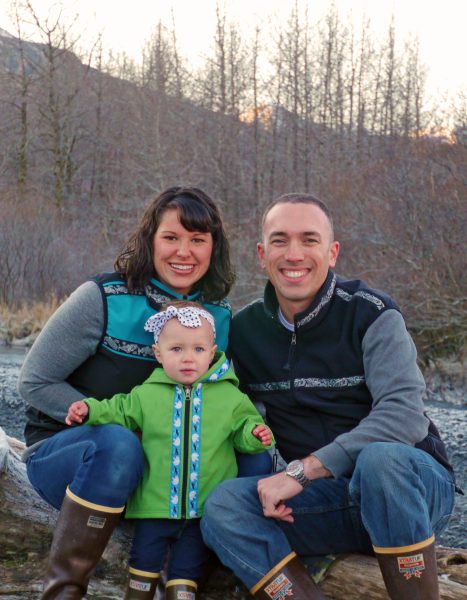 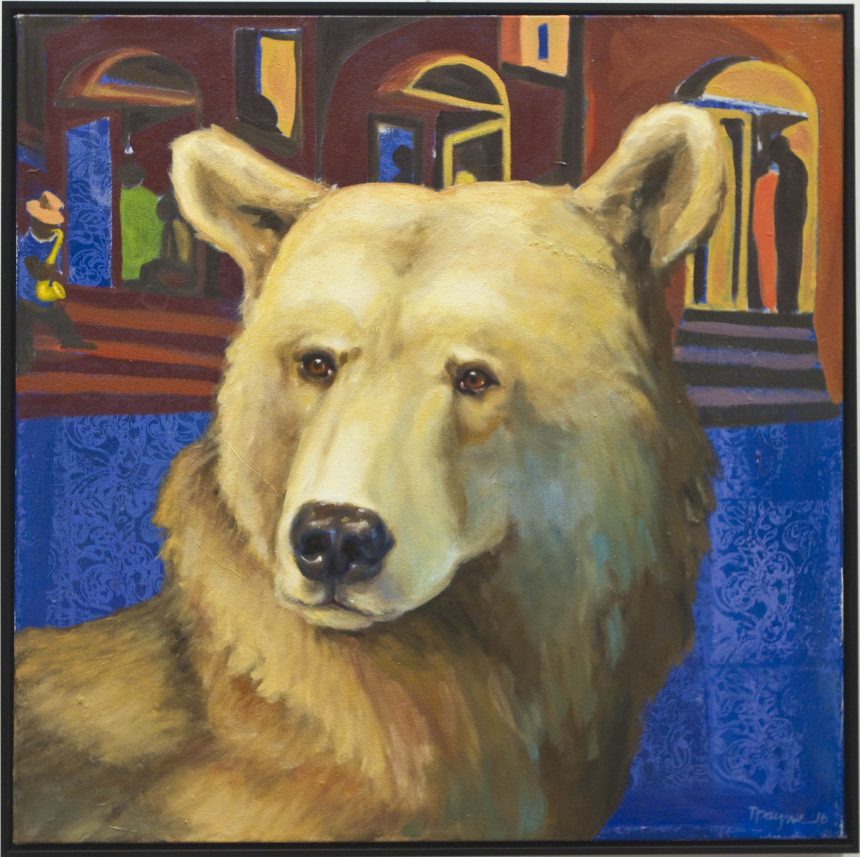 This 100% volunteer-run non-profit organization exists to foster education, understanding, and appreciation of the arts and humanities by promoting Cordova’s visual and performing artists as well as to enrich the community by presenting professional performance groups from all over the world. Cordova Arts also organizes the local theater group, Stage of the Tide, and produces the music for Cordova’s annual summer music festival Copper River Salmon Jam.

The best day of your life starts here, in Alaska with the premiere heli-skiing operation in the Chugach mountains of Alaska. Points North Heli Adventures is the only heli-skiing operation utilizing the southeastern side of the Chugach Mountains. With over 2000 square ski-able miles available out the front door, there is more terrain than one could ski or ride in a lifetime! 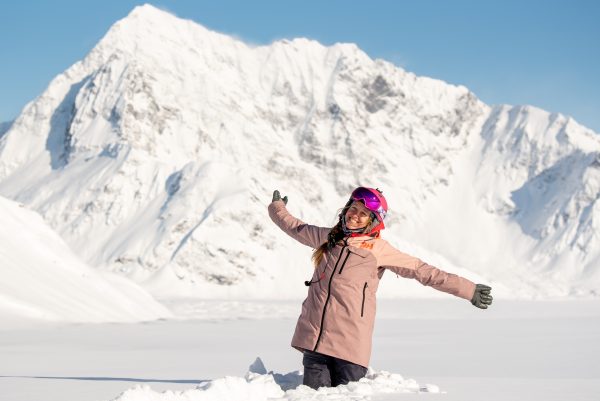 Orca Adventure Lodge is a historical cannery rebuilt into Alaska’s finest adventure destination with full amenities on the edge of the world’s richest waters of Orca Inlet. Orca Lodge has an onsite chef cooking up delectable delights and adventure guides offering unique and safe excursions in the wilds of Cordova including guided hiking, fishing, and exploring Sheridan Glacier. If you’ve come to visit the famous Million Dollar Bridge, Childs, and Miles Glaciers, then Child’s Glacier Tours can guide you by boat when the waters are safe to do so or you can catch a scenic flightseeing tour and drop-off from Ridgeline Aviation.  Although these incredible landmarks were once accessible with just a drive “out the road”, damage to the Copper River Highway now requires a boat or plane trip to visit these areas. 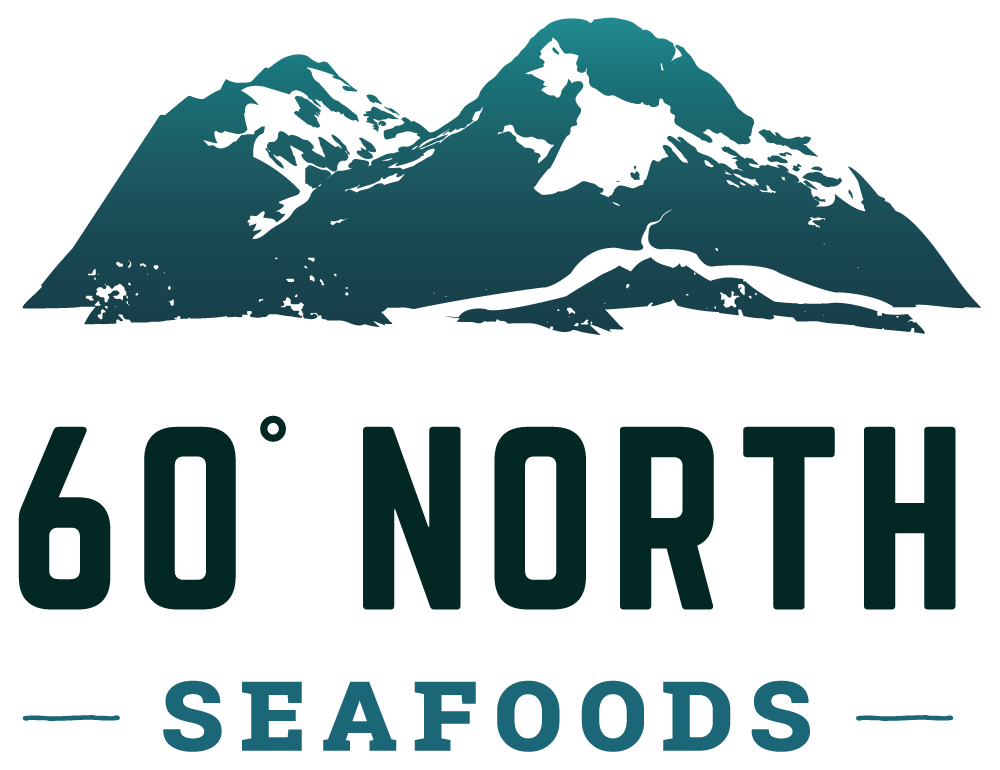 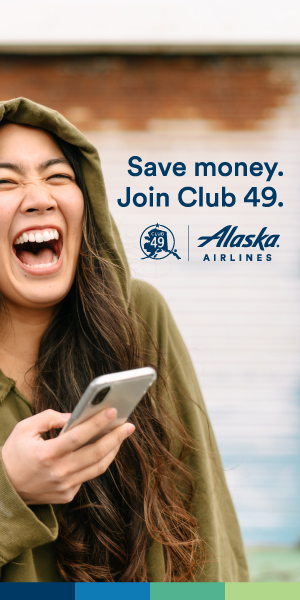 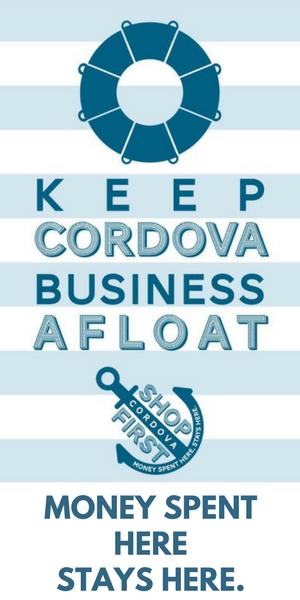